We’ve been digital nomading from Buenos Aires for a month now. And with only a few weeks left I’m starting to zero in on the must-dos before leaving this magical city. Top of the list has been to see a polo match. Turns out the season doesn’t start until next month, so we decided to have our own. 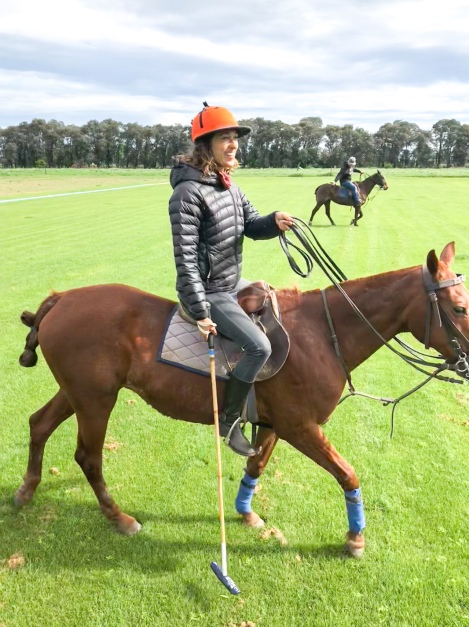 My mother is a horsewoman, so I grew up jumping ponies and hanging out with barn kittens in the stables. But let’s face it, I was 12…and it’s been awhile since I felt comfortable on a horse. So, when I came across Learn Polo in 1 Day with Lucas while perusing Airbnb Experiences, my heart said YES! and my brain said Uhhh…maybe you should focus on the riding part first. But I clicked through to the description anyway.

And then I saw the two magical words that followed.

Despite the drizzle and talk of cancellation, Lucas picked us up and drove us 45 min outside the city to El Cardo Polo Club in the town of Zárate. El Cardo is the only local Polo Club that is not a members-only exclusive situation, all are welcome. Unlike most countries, Polo in Argentina is not only for the rich. According to BBC, there are more than 3000 active polo players in Argentina. Polo and Football (Soccer) are taken very seriously here.

We arrived at the Club to be greeted with big smilies by the loveliest family and two adorable dogs. This is Capitán Jack. He wants to hump your leg. 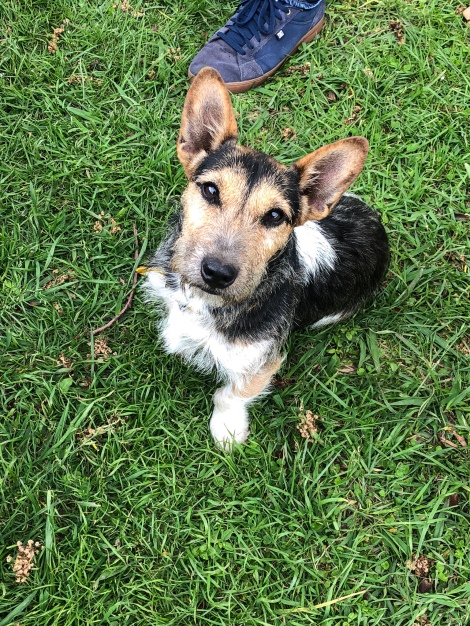 After our warm-up riding lesson, we enjoyed a traditional asado (heaps of insanely delicious steak, chicken, sausage and lamb perfectly cooked over a firepit) with a glass of Malbec (of course). The Club is family run and a highlight for us was sitting around the table with the husband and wife who own the Club, their beautiful little girls and friends as we celebrated his sisters birthday with cake and sparklers – my kinda fiesta. 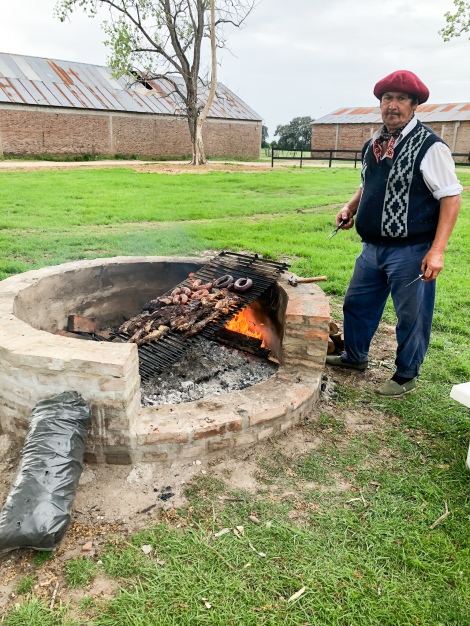 Just as our bellies reached maximum capacity, the sun broke through the clouds and we made our way to the polo field to watch the match and learn the basics of the game. 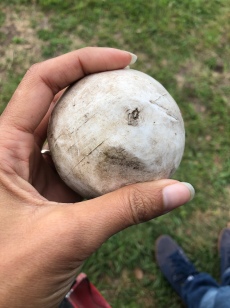 What makes it even more interesting, is that the horses are expert players themselves, they want to WIN. Sometimes horse and rider may have differing opinions on the best move to make, which makes communication between them critical. It’s a true partnership.

We cheered them on as we sipped champagne from the sidelines. 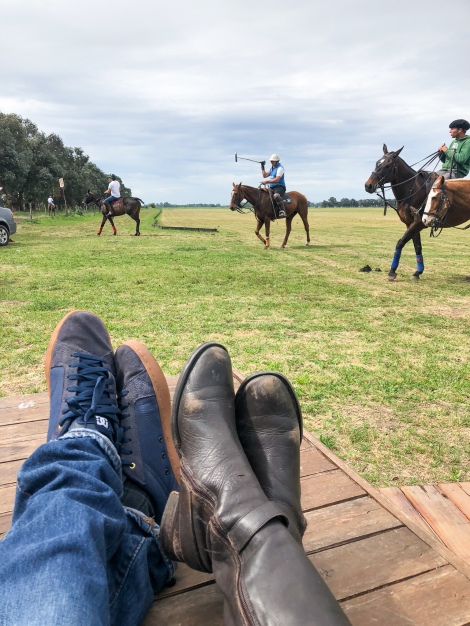 Fresh from her match, Lucila rallied us back on our horses for our polo lesson. She tossed us each a ball and put us through the paces on how to properly hold our mallet, and avoid no-nos like crossing in front of another players horse. I practiced dribbling the ball up and down the field, all the while apologizing profusely to my horse for making her turn around so often when I missed. I could feel her rolling her eyes at me. Eric’s horse kept swinging its head out of the way to avoid getting hit by the mallet. Rookies.

For the grande finale we had a mini match, 1:1 with Lucila playing both sides. At best, this could be called Beginner Putt Putt Polo, but we had a blast. To my great chagrin, Eric won 4-3, and I discovered muscles in my wrist and forearm I didn’t know existed which made holding that champagne glass even more challenging. Jaja. 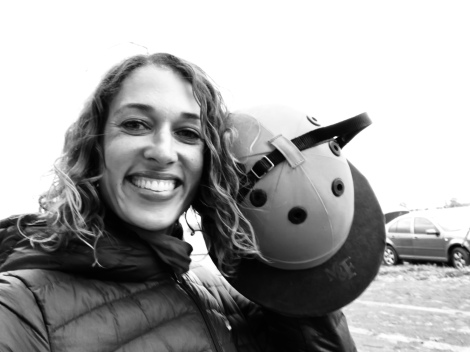 I am a loooong way from being able to say I can play polo, but it was a beautiful experience that I would recommend to anyone visiting Buenos Aires. Well worth every penny to get a taste of Argentine Polo Club life and spark the joy of riding again.